Archive for the ‘Reads on the run’ Category

Can one tiny girl change a very big school?

Alice-Miranda Highton-Smith-Kennington-Jones is waving goodbye to her weeping parents and starting her first day at boarding school. But something is wrong at Winchesterfield-Downsfordvale Academy for Proper Young Ladies. The headmistress, Miss Grimm, hasn’t been seen for ten years. The prize-winning flowers are gone. And a mysterious stranger is camping in the greenhouse.

Alice-Miranda must complete a series of impossible tests. Can she really beat the meanest, most spoilt girl at school in a solo sailing mission? Could she camp in the forest all on her own for five whole days and nights? Well, of course. This is Alice-Miranda, after all.

Reads on the run

The long haul (Diary of a wimpy kid) – Jeff Kinney

A family road trip is supposed to be a lot of fun . . . unless, of course, you’re the Heffleys.

The journey starts off full of promise, then quickly takes several wrong turns. Gas station bathrooms, crazed seagulls, a fender bender, and a runaway pig-not exactly Greg Heffley’s idea of a good time. But even the worst road trip can turn into an adventure-and this is one the Heffleys won’t soon forget.

Dear diary, Reads on the run, Side splitters 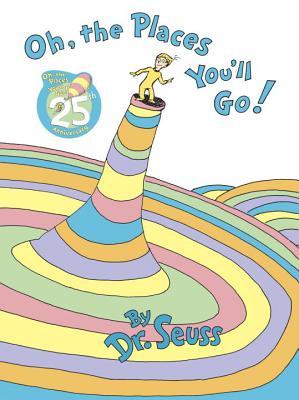 For out-starting upstarts of all ages, here is a wonderfully wise and blessedly brief graduation speech from the one and only Dr. Seuss. In his inimitable, humorous verse and pictures, he addresses the Great Balancing Act (life itself, and the ups and downs it presents) while encouraging us to find the success that lies within us.

And will you succeed?
Yes! You will indeed!
(98 and ¾ percent guaranteed.)

Our hero Ben is bored beyond belief after he is made to stay at his grandma’s house. She’s the boringest grandma ever: all she wants to do is to play Scrabble, and eat cabbage soup. But there are two things Ben doesn’t know about his grandma.

1) She was once an international jewel thief.

2) All her life, she has been plotting to steal the Crown Jewels, and now she needs Ben’s help…

Action aplenty, Criminal intent, Reads on the run, Side splitters

Alice-Miranda is set for a luxurious cruise aboard the royal yacht Octavia, where Aunty Gee is hosting the wedding of Aunt Charlotte and Lawrence Ridley. Even Ambrosia Headlington-Bear has come along, much to her daughter Jacinta’s surprise. Wild weather and rumours of a jewel thief throw the travellers into turmoil, but something else is giving Alice-Miranda one of her strange feelings. Why does the ship’s doctor look so familiar? And who is the shy blond boy hiding in one of the suites? When Alice-Miranda seeks help from an unexpected source, will they manage to set things to rights in time for the celebrations?

Girl power!, Reads on the run

Jessi knows a secret language! She learned it from Matt Braddock, the BSC’s newest charge. Matt’s been deaf since birth, and he uses sign language to speak. Since Jessi is Matt’s baby-sitter, she has to use sign language, too.

Soon all the kids in Stoneybrook want to learn to sign… which keeps the members of the Baby-sitters Club busy. Jessi’s the busiest of all: she’s working on another super secret, just for Matt.

Will Jessi be able to keep the secret and pull off her special event? Of course she will – she’s a member of the Baby-sitters Club!

Girl power!, Reads on the run

Meet tan. She’s funny. She’s lively. She has the mind of a Great Detective … Dear Diary It’s official. Our whole family has moved to the country. the pets are disturbed and restless. My sisters are disturbed and restless – although that’s normal. What is not normal is a cursed fox and a haunted clubhouse. that is definitely unnormal. At least the country people now have an expert in their midst. Someone with a cool head and a sharp eye. Someone who can solve intriguing mysteries and knows how to keep detailed Secret Spy Files. Really, it’s lucky I came along when I did.

Reads on the run

Mr and Mrs Twit are two ugly, smelly, nasty, stupid people who spend their lives playing nasty tricks on each other.

Mrs Twit, who uses a walking stick, does not like children. They enjoy treating animals with cruelty, by luring birds to glue-smothered trees so that they can be baked into bird pie, and by tormenting their pet monkeys, Muggle-Wump and his family, by getting them to stand upside down, one on top of the other.

One day, the arrival of the Roly-Poly Bird from Africa allows the monkeys and the surviving birds to get the revenge that they have craved for years.

Reads on the run, Side splitters

Joe has a lot of reasons to be happy. About a billion of them, in fact.

You see,  Joe’s rich. Really, really rich. He’s got his own bowling alley, his own cinema, even his own butler who is also an orang-utan. He’s the wealthiest twelve-year-old in the land.

Yes,  Joe has absolutely everything he could possibly want. But there’s just one thing he really needs: a friend…

Reads on the run, Side splitters

After a successful first competition, twelve-year-old Harper is eager to keep on making her mark in Dance Starz, But lately, she’s having a bit of “dancer’s block,” In her one-on-one with her teacher, Harper is reminded that dancing isn’t just about the spins and leaps; it’s about the emotion and passion for dancing, too. And lately, she hasn’t felt that Harper has been living up to her usual standards. Vanessa will be choosing the first soloist to compete at the next competition for the team, and suggests to Harper that she find a way to figure out how to get that mojo back.

Thanks to a chance conversation, Harper joins the school musical. Not only is this an opportunity to polish up her stage presence, but as the newbie at school, Harper is excited to make some more friends.

But some of the teammates are not thrilled that Harper has to do something else other than dance team. Plus, their biggest rivals, The Belles, are looking to go toe-to-toe with them in the upcoming competition—and both teams have something to prove. Harper realizes that the musical, dance team, and school might be a little much. Can she figure out how to find her balance—on-stage and off?

Private lives, Reads on the run