After decades of hiding, the evil Enchantress who cursed Sleeping Beauty is back with a vengeance.

Alex and Conner Bailey have not been back to the magical Land of Stories since their adventures in The Wishing Spell ended. But one night, they learn the famed Enchantress has kidnapped their mother! Against the will of their grandmother, the twins must find their own way into the Land of Stories to rescue their mother and save the fairy tale world from the greatest threat it’s ever faced.

Alex and Conner Bailey’s world is about to change, in this fast-paced adventure that uniquely combines our modern day world with the enchanting realm of classic fairy tales.
“The Land of Stories” tells the tale of twins Alex and Conner. Through the mysterious powers of a cherished book of stories, they leave their world behind and find themselves in a foreign land full of wonder and magic where they come face-to-face with the fairy tale characters they grew up reading about.
But after a series of encounters with witches, wolves, goblins, and trolls alike, getting back home is going to be harder than they thought.

Alex’s son Ali is eager to follow in his father’s footsteps as a detective, but when his best friend goes missing, what price will he have to pay to solve the mystery?

Ali Cross has always looked up to his father, former detective and FBI agent Alex Cross. While solving some of the nation’s most challenging crimes, his father always kept his head and did the right thing. Can Ali have the same strength and resolve?

When Ali’s best friend Abraham is reported missing, Ali is desperate to find him. At the same time, a string of burglaries targets his neighbourhood-and even his own house. With his father on trial for a crime he didn’t commit, it’s up to Ali to search for clues and find his friend. But being a kid sleuth isn’t easy-especially when your father warns you not to get involved!-and Ali soon learns that clues aren’t always what they seem. Will his detective work lead to a break in Abraham’s case or cause even more trouble for the Cross family? 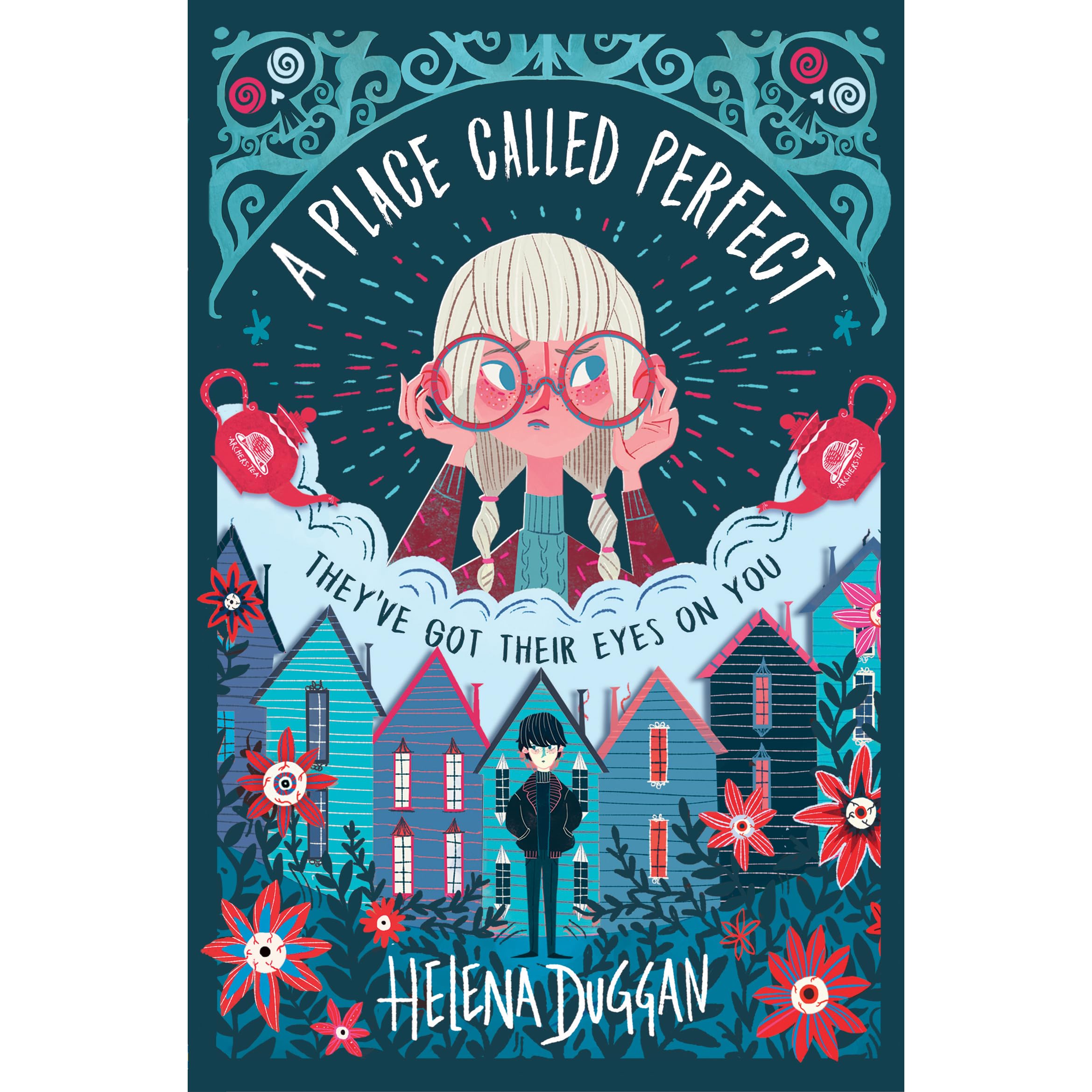 Who wants to live in a town where everyone has to wear glasses to stop them going blind? And who wants to be neat and tidy and perfectly behaved all the time?

But Violet quickly discovers there’s something weird going on – she keeps hearing noises in the night, her mum is acting strange and her dad has disappeared.

When she meets Boy she realises that her dad is not the only person to have been stolen away…and that the mysterious Watchers are guarding a perfectly creepy secret!

Out of this world, Private lives

Mona and her aunt live in a little cottage on the edge of the Somerset estate, where her aunt sews wonderful dresses for the lady of the house. Mona never knew her mother or father, but Aunty has always looked after her – and Mona knows she can always talk to her mum where she lies in the village graveyard.

When Lady Somerset dies and a new member of the Somerset family inherits the house, things begin to change for Mona. She has never really fitted in anywhere, but the new Bohemian atmosphere at the house offers opportunities for her to shine – and to find new friends. Dancing at fancy Sea Creature balls and trips to London are wonderful new experiences – but new experiences sometimes bring revelations and Mona discovers there are secrets in her past she can’t dance away from.

Out of the past, Private lives

The lion, the witch and the wardrobe – C. S. Lewis

Out of this world

The five people you meet in Heaven – Mitch Albom

Eddie is a wounded war veteran, an old man who has lived, in his mind, an uninspired life. His job is fixing rides at a seaside amusement park. On his 83rd birthday, a tragic accident kills him as he tries to save a little girl from a falling cart. He awakes in the afterlife, where he learns that heaven is not a destination, but an answer.

Twelve-year-old Harper has been dancing practically since she learned to walk. She loves her dance studio and team, and just won her first ever top junior solo in a regional competition. But right before the school year starts, Harper’s parents drop a bombshell—the family has to relocate from their cozy town in Connecticut to sunny Florida for their jobs. That means saying goodbye to her friends, dance team, trips to see shows in NYC—and did she mentioned dance team?

While her parents reassure her that they will find her a new studio as soon as they move, Harper is not happy. When she arrives, she realizes that the competition in Florida will be fierce and it doesn’t matter how talented she is—she is the new girl and will have to prove herself. During her very first class, Harper finds it harder than she thought it would be. Even though they are all the same age and have been dancing for roughly the same amount of time, it feels like everyone has better feet, quicker turns, and faster taps than Harper. And it doesn’t help that a group of girls, who nicknamed themselves The Bunheads, wonder how she made the team if she can’t even do a simple turn sequence in front of the class.

Thankfully, Harper befriends Lily, a fellow newbie in the studio who is just as eager to make her mark and find a friendly face. With a big competition coming up for the dance team, Harper is determined to show everyone—especially those Bunheads—what she’s made of! And when a very badly timed sprained ankle threatens all of the work they have done, the Bunheads, Lily, and Harper must learn to truly work together to give them their best shot at the top spot!