Australia Day is a collection of stories by debut author Melanie Cheng. The people she writes abut are young, old, rich, poor, married, widowed, Chinese, Lebanese, Christian, Muslim. What they have in common—no matter where they come from—is the desire we all share to feel that we belong. The stories explore universal themes of love, loss, family and identity, while at the same time asking crucial questions about the possibility of human connection in a globalised world.

Because of Winn-Dixie – Kate Di Camillo

“My name is India Opal Buloni, and last summer my daddy, the preacher, sent me to the store for a box of macaroni-and-cheese, some white rice, and two tomatoes and I came back with a dog.” With these words, ten-year-old Opal Buloni begins her account of the summer her life changed because of Winn-Dixie, a goofy stray dog she adopted. Opal and her father, whom she usually refers to as “the preacher,” have just moved to Naomi, Florida.
Her mother abandoned the family when Opal was three. Opal’s father is the preacher at the Open Arms Baptist Church of Naomi. Although they are living at the Friendly Corners Trailer Park, Opal does not have any friends yet. The move and her loneliness make Opal miss her fun loving mother more than ever. She wants to know more about her mother, but the preacher, who misses his wife very much, won’t answer her questions.
With the help of Winn-Dixie, Opal begins to meet a number of people in her community, some quite eccentric. As the summer progresses, Opal builds a number of friendships with people of all ages and types. She also convinces her father to tell her ten things about her mother, one for every year of Opal’s life. Opal’s story is both humorous and poignant as she learns about friendships, families, and moving on.

The girl on the train (movie)

movies, Out of the past, Side splitters, TV series

Rise of the Isle of the Lost – Melissa de la Cruz 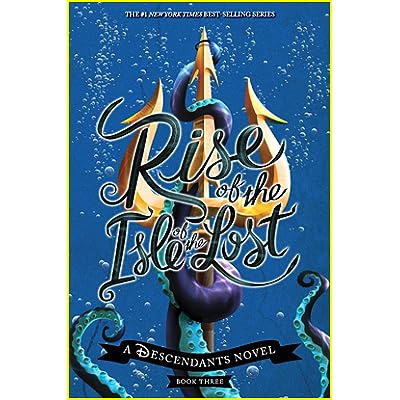 Ride with the tide!

Deep beneath the waves, King Triton’s powerful trident has passed through the magical barrier that surrounds the Isle of the Lost—keeping villains in and magic out. And when Mal’s longtime rival Uma, daughter of Ursula, gets wind of this, she can’t believe her luck. The tide has dragged in something good for a change, and Uma is determined to get her wicked hands on it. But first, she needs a pirate crew.

A storm is brewing back in Auradon, and when Mal, Evie, Carlos, and Jay hear that the trident has been washed away, they realize they’ll have to find it before anyone from the Isle does. Luckily, they seem to have a talent for locating missing magical objects.

As Uma readies for the high seas alongside Harry, son of Captain Hook, Gil, son of Gaston, and the toughest rogues on the Isle of the Lost, the reformed villains of Auradon devise their own master plan. And with King Ben away on royal business, they won’t have to play by all the rules. Using bad for good can’t be totally evil, right?